The Piano Magic of Jane Getz


I am honored to write this musical appreciation of Jane Getz whom I've had the privilege to share the bandstand with for over 20 years.  She is not only one of jazz's most accomplished pianists, but is my personal favorite as well as being one of my closest and dearest friends.  In the onward march and advancement of our human society, much complexity and new deterrent realities are created along with that advancement.  While on the one hand, this may be the best period in jazz history as more people are aware of it than at any other time, I can't help but bemoan the fact that it has also made us all unwillingly into base-competitors.  The deterrent force created out of all this, has made us so preoccupied with our own paths to the point that we can't find the space to enjoy each other as we used to in 'gentler' times.  In essence we miss so much that is absolutely wonderful and amazing that is going on right now in the world and the so-called jazz world in particular.  Jane Getz is a monolithic case in point.  Jane Getz is a bona-fide genius and has been one since childhood.

Originally born in Rusk, TX, Jane moved with her family at pre-school age to Chicago briefly, then to Los Angeles and settled on Alvarado Street near downtown LA when she was 3.  At this young age, she began picking out melodies on the piano and soon developed the ability to memorize any and everything she heard and re-play it perfectly note for note, including memorizing an entire 86 page Mozart concerto by the time she was 6.  Soon, her arts-conscious mother recognized her talent and took her to every variety of musical event the city of Los Angeles offered, including a live-in person Billie Holiday performance when she was few years older.  Inspired by Holiday and later Bud Powell recordings, Jane began absorbing and exploring the magical world of jazz music.  By the time she was 13, she began cutting classes to play in all the jams sessions and gigs around Los Angeles, and eventually came under the watchful and encouraging eye of Billy Higgins.  At 15, Jane left school and after a brief move to San Francisco, settled in New York City.  Literally within hours of arriving, on the street Jane secured a gig after running into saxophone great Pony Poindexter whom she met when he stopped previously in LA.  Living in Greenwich Village, Jane continued her intense practice regiment, hung out with jazz greats like neighbor saxophonist Jerome Richardson who helped introduce her and showed her all the ropes.  Soon Jane found herself working with all the greats of the era like Stan Getz, Pharoah Sanders, Charles Lloyd, Rahsaan Roland Kirk.  She jammed with the great Jimi Hendrix, became Chick Corea's first call sub and began working with the legendary Charles Mingus whom she began touring with.  I remember calling Jane after reading a Sonny Fortune interview in Downbeat magazine where Fortune recalled his first gig after moving to NYC with the Elvin Jones Quintet.  He spoke of being in awe of all the New York "cats" who were members of the band that included Freddie Hubbard, Joe Henderson, Ron Carter and Jane Getz!  When I asked Jane, she recalled in her inimitable voice: "Yeah, I remember that gig!  It was at a place called Poobies!"  All this and more is coming out in a book by Jane entitled: "Running With The Big Dogs".  So I'll leave all these great stories Jane has told me for you to read in her upcoming book.  I'll just concisely say that after getting a producer contract with RCA Records, Jane moved back to LA, bought a lovely house in the Hollywood Hills (where she still lives) and began a 20 plus year career as a producer working with greats like John Lennon, Ringo Starr, Don Henley and Harry Nilsson.

Somewhere around 1994, Jane began to get the "itch to play some real music", -jazz again and began going back out and sitting in at all the jazz sessions around town.  This is where our paths crossed.  I had recorded 2 successful CDs that drew national attention and was getting some buzz and I was getting a great deal of work at the time.  I had an amazing pianist in Greg Kurstin but made the mistake of referring him to my mentor, Charles McPherson who need a pianist for a gig.  So needless to say, Greg went out on the road with Charles and stayed in that band for quite a few years.  So I was in the market for a piano player.  However, I was spoiled in this area.  Not just any pianist would do.  I grew up with the legendary late Mark Taylor in Pittsburgh and and was tutored by the great Carl Arter whom young Coltrane, Jimmy Heath and Kenny Dorham sought out earlier in their careers.  I later worked with the great Geri Allen and Marsha Frazier as members of my bands as well as theirs.  So I was looking for a distinctive piano voice.  I remember clearly it was late November of '94 after Thanksgiving and I was 3 years into my decade long residency at Leimert Park's 5th Street Dick's (we were Richard Fulton's first band and started the music policy there, played there from 1991-2000 and it's amazing how we are written out of the history of that place, but I digress and will save that for another story).  On our break, as was our custom, bassist Bill Markus and I walked over to the The World Stage to check who was playing.  I can't remember who's band it was, because I was enthralled with the young lady playing piano.  There was my first siting of Jane Getz, this cute little lady at the piano with a mink stole stretched around her shoulders playing the bejeezus out of the piano!  This was the kind of piano playing I was looking for.  They broke before we had to go back at Dick's and I immediately approached her for an upcoming gig I had on New Year's Day 1995 as part of the Leimert Park Jazz Festival.  I was charmed by her easy-going, approachable manner and she told me she had been hearing about me and would love to play with us.  So New Year's Day 1995, Jane appeared as the pianist with the Dale Fielder Quartet and has remained with us ever since!

The following year, 1996 our first recording with Jane, "Dear Sir: Tribute To Wayne Shorter" was released and immediately soared to #7 on Gavin Jazz, the national jazz chart of the time and remained there for nine weeks!  That recording put all of us on the jazz map and garnered both national and international attention.  We were hot as any independent jazz group could get at the time.  Sales were hot and gigs were flowing in, eventually leading to our first international appearances as well as TV appearances such as winning the 1999 BET Jazz Discovery award.  I think a large part of it was due to the re-emergence of Jane Getz back into the jazz world.  At that time I constantly heard "I wondered what had happened to Jane Getz!  She still is playing fabulously" by jazz writers, critics and fans. I've felt honored to be able to help bring Jane back to the consciousness of the jazz public, so-called 'bringing her back from obscurity'.  But in truth, Jane never left or dropped out.  She has always been here doing just fine thank you and continued growing as an artist.  She has evolved beyond just being a jazz pianist, but also as a vocalist and writer of country-western, rock music as well as jazz.

Right now I'm involved with listening to material we recorded for our upcoming 20th Year Anniversary project next year.  When you listen to both of us soloing, it's almost like its the same person playing different instruments, the repor and approach Jane and I have to improvising is certainly similar.  There's a definite resonance we have with each other's playing.  I find myself playing little things I've heard her do etc.  During an interview for our CD "Baritone Sunride" in 2004, I spoke on this:

"Jane coming into the quartet was the big factor for us both. We compliment each other very well: --a perfect foil for each other. I attribute this to the fact that we both feel the same way about music, and jazz in particular. Her primary influence is Bud Powell, mine is Charles Parker. We both aren’t afraid of being traditionalists in the sense that in the new millennium this seems to be a bad word. Our influences and sources of inspiration are pretty direct. When you hear Jane play bop or a standard, it sounds completely authentic, relevant yet up to date and of the present time. Not standing still in time sounding dated, you see? Even though we are coming from sources in the 1940’s and ‘50s, we have still learned from everything that has happened since in the music. You hear McCoy Tyner and Tommy Flanagan in Jane’s playing, Coltrane in mine. There’s a certain magic that happens when Jane and I play together and we’ve been smart enough to explore this and let it develop for all these years. It’s still fun for us after all these years.  We all are not afraid of the word jazz and relish each opportunity to perform it together. The passion and dedication each member of this band has is beyond any words I can say except the word “love”. We really love what we are doing together. It doesn’t happen quite in the same way when we play with anyone else. We naturally create a very ego-less and supportive musical environment for each other every time we play. And because of this, there is a tremendous amount of love, respect and esteem we hold for each other that has been enjoyed for ten years and hopefully many more to come."

Indeed!  Wait'll you hear Jane's playing on these upcoming series of recordings.  It will be a 4 volume CD set entitled Saxophone Standards to celebrate the 20th year anniversary of DFQ~Dale Fielder Quartet featuring Jane Getz.  Volume I is already recorded and in the can and Jane's playing is utterly amazing, certain to turn some heads!  She was particularly inspired that night.  So there will be a lot more Jane Getz to listen to in the future and I feel blessed to have a front row seat!
Posted by Unknown at 5:29 PM 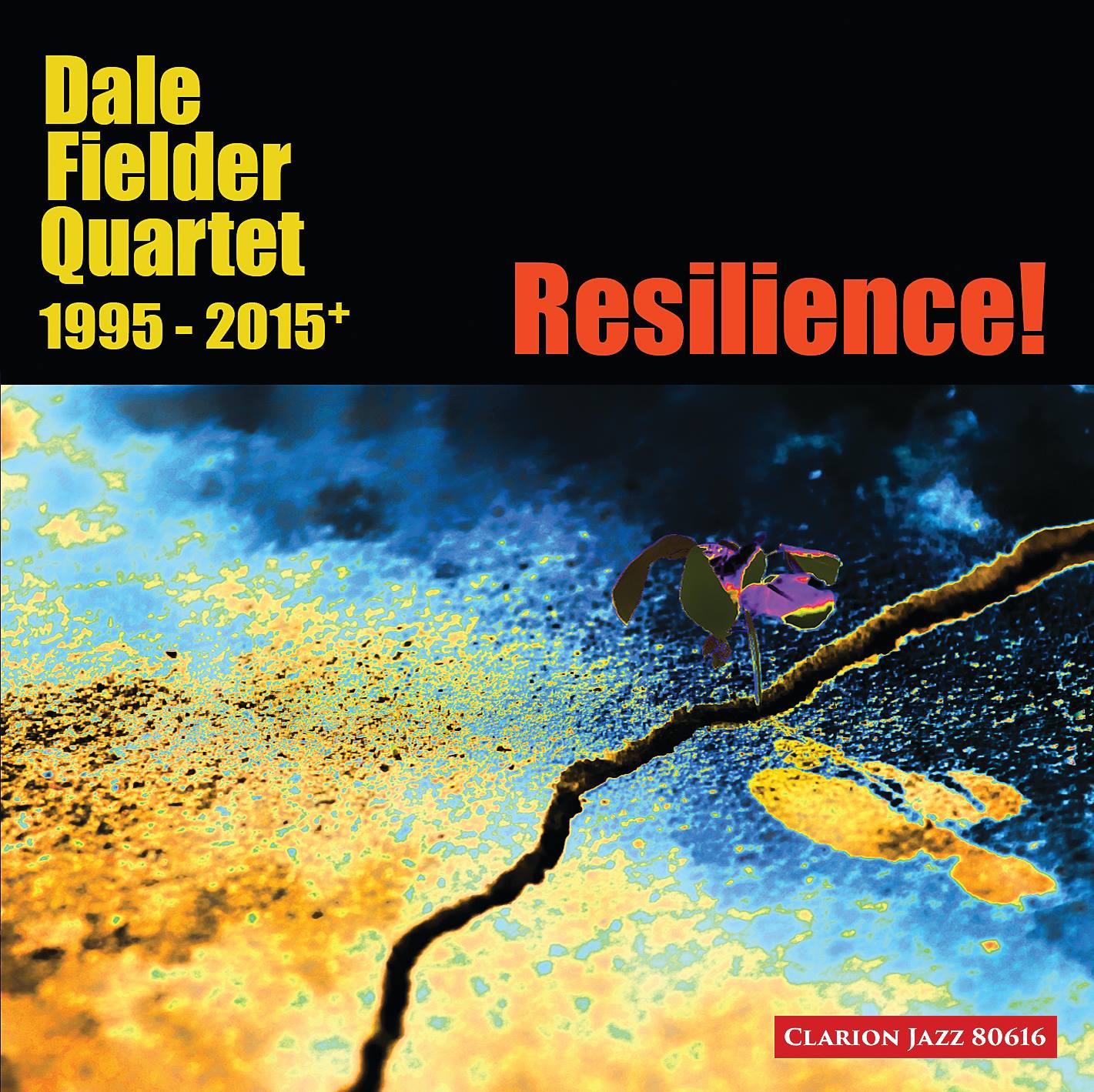 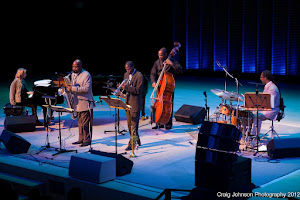 Dale Fielder's Byrd/Adams Proj. "Out Of This World"

Dale Fielder's Byrd/Adams Proj. "Each Time I Think Of You"

Behind The Scenes With Dale Fielder Quartet'sTrip To Mobile AL 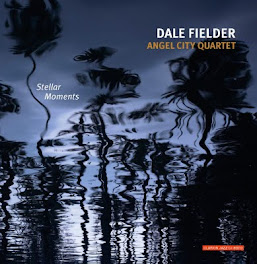 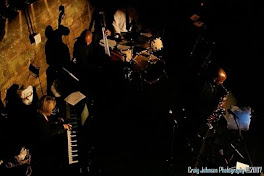 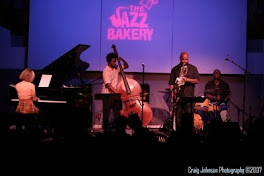 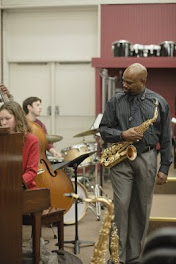 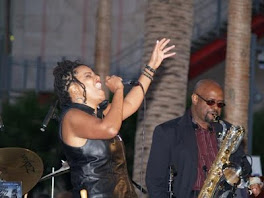 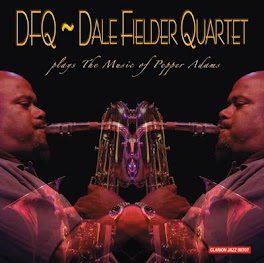 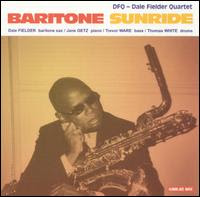 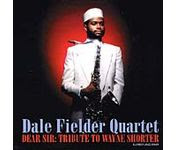 Dear Sir was my biggest selling CD and can still be found on amazon .com

Know Thyself was another early successful CD and can still be found on amazon.com 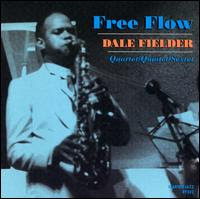 Free Flow was my first CD. It can still be found on amazon.com